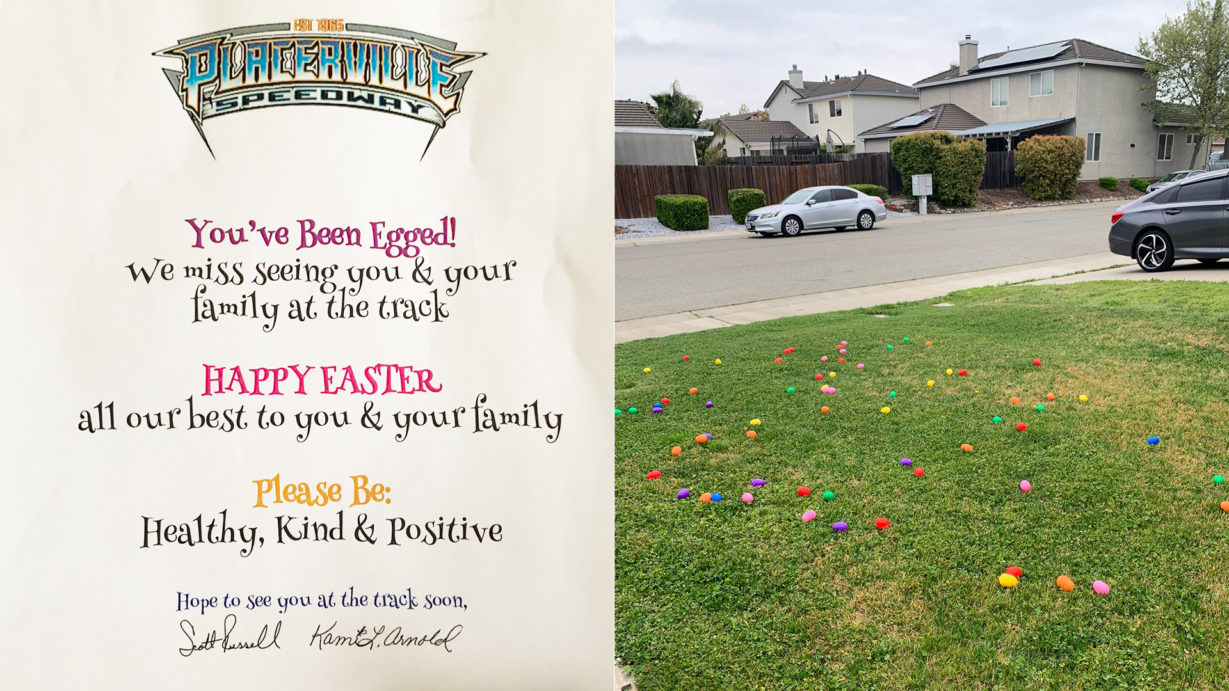 You often hear us old curmudgeons say that, “There are no real promoters left anymore”. While we have lost people like Earl Baltes, Don Martin and JC Agajanian, there still remains the odd shining example. Two quick examples spring to mind, both former winners of the National Sprint Car Hall of Fame Promoter of the Year Award winner and both on the Left Coast.

If you are from the Skagit Speedway area – you probably don’t even notice this or possibly even think it is hokey – but to an outsider this stood out. While in town for last year’s Dirt Cup we noticed something we hadn’t seen in years. On street corners everywhere the town was papered with signs for the upcoming DIrt Cup. The more amazing part? The day after the Dirt Cup the signs were all replaced with signs for that week’s upcoming fireworks show! FYI the place had a great crowd for the Dirt Cup and was just plain JAMMED for the fireworks show. I get that these were special events – but I really do think that old school promotion has a place even in 2020 – and the cost of those signs would be more than covered if they just added just a few bums to the seats. Hard work I’m sure, but I believe the results are worth it!

What really got me going on this, was the Twitter messages and texts coming out of the Placerville Speedway area. Apparently the Easter Bunny is based out of the Placerville Speedway and several homes in the area were “egged”. By “egged” they received several Easter Eggs on their front lawn with a note from The Placerville Speedway telling them Their home has been egged, wishing them a Happy Easter and asking people to be Healthy, Kind and Positive. Of course there is a story behind this – The Speedway had ordered the eggs prior to the shutdown of everything. So what do you do with a bunch of extra Easter Eggs? (besides eat them) You give them out to the speedway’s fans and supporters.