"The Man of Steele" 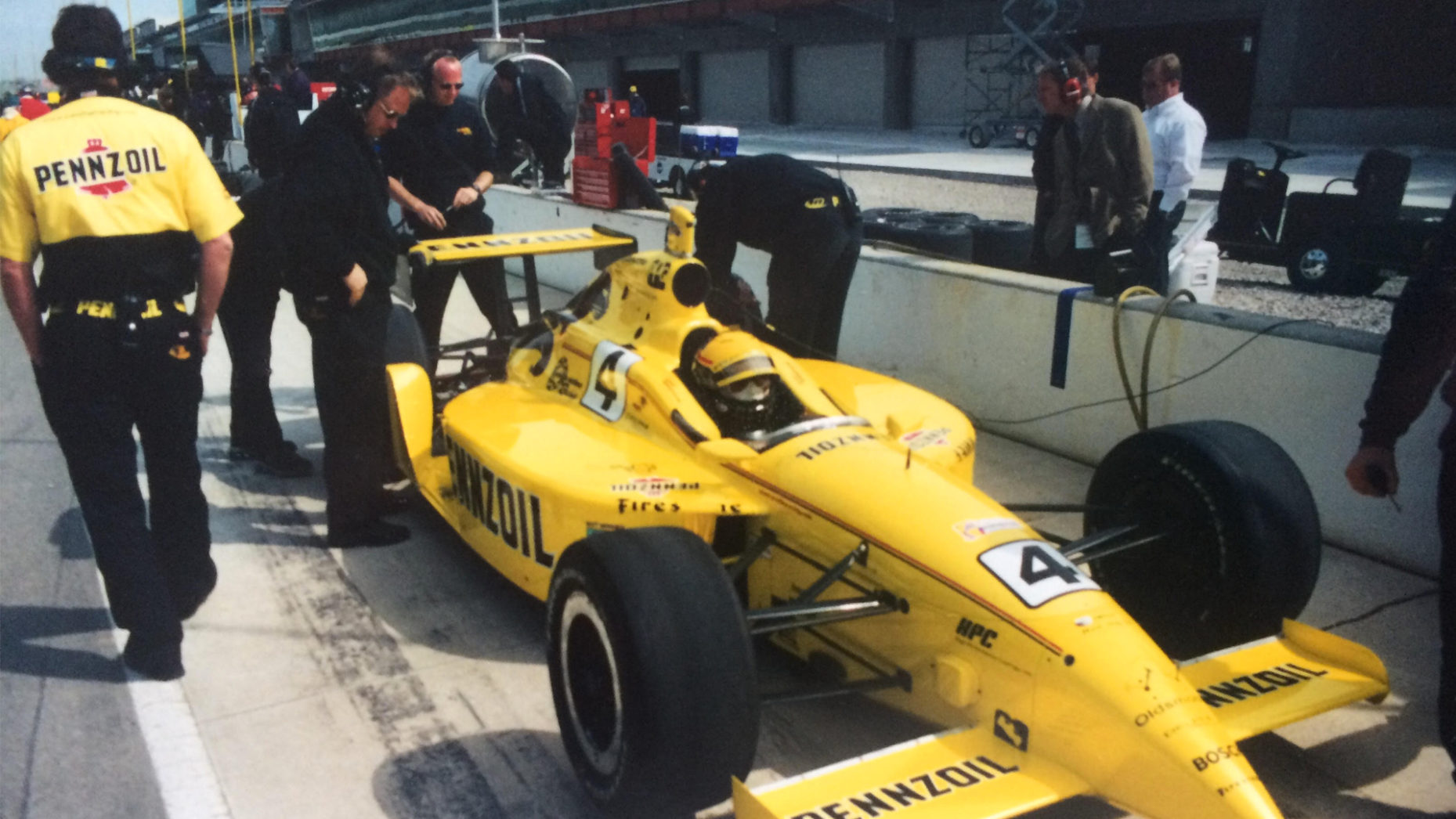 In April of 1998 when I took the attached photo, I figured I had captured history in the making. It is a picture of David Steele getting ready to take part in Rookie Orientation at The Indianapolis Motor Speedway. If ever there seemed like a sure thing this had to be it. Only 23 at the time, he already had a Little 500 win on his resume. He was unanimously acknowledged as a pavement master and was with the top IRL team at the time, Panther Racing. History shows Indy car wins and stardom never arrived. I don’t know all of the reasons it never worked in Indy cars, and in NASCAR as well. To me it remains somewhat of a mystery. As is often the case, when these things don’t go as expected, it is frequently the short track fan that wins. For many of us . it meant the opportunity for us to be treated to watching “The Man of Steele” work his magic on both dirt and pavement for another 19 years. That is a selfish sentiment on my part. I truly wish David’s career would have taken off into the stratosphere, and that instead of running a sprint car in Florida on that awful March night, he would instead be a retired multiple Indy Car winner working with some top tier Indy car team and their latest up and comer as a driver coach, or a retired NASCAR stud looking out from the porch of his Lake Norman mansion.

I truly hope David was at peace with where the sport took him, and that somehow his friends and family can find that peace as well.