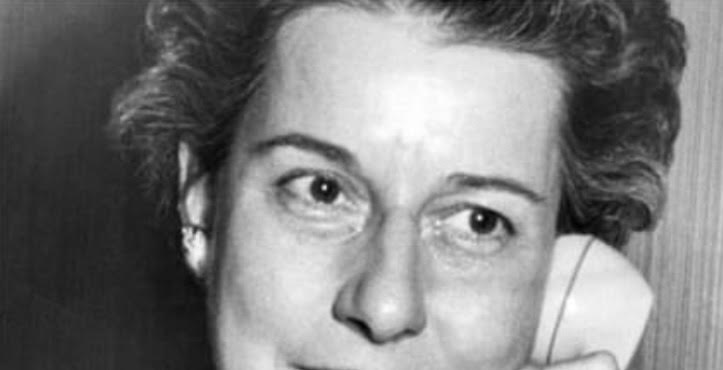 For The Drivers Project, The Great Indianapolis Motor Speedway is a truly magical place. We have been in love with that amazing cathedral to speed for decades. After countless visits, we still approach the speedway with a mix of awe and wonder, it never gets old. More dramatic fans consider the place haunted by the ghosts of those who have perished at the speedway. What haunts us, is not only the lives lost racing, but we will always remain troubled by the murders directly and indirectly related to the Great Indianapolis Motor Speedway.

Below we have detailed 3 murders with direct links to IMS. We may have missed others. We intentionally did not get into any murders linked to the 80’s drug guys at The Speedway. This was mainly due to our own limited knowledge of what truly went on and way too much here-say. With luck, one day that whole messy story will be properly documented and told. One member of that crowd, Randy Lanier has been most forthcoming since his unexpected release from prison so their may yet be hope.

This story would be sensational enough if it was merely about the murder of a 3 time Indy 500 qualifier, but it gets way worse. Elmer George was an Indianapolis Motor Speedway Vice President and also ran the Indianapolis Motor Speedway Radio Network. As an Indy 500 driver he achieved no real on-track success. His worst Indy 500 moment had to be prior to the start of the 1957 race. The Speedway was experimenting with a new procedure starting the cars in the pits as opposed to on the front straightaway. He was involved in a crash leaving the pit area before even seeing the racing surface and a green flag! In 1962 USAC competition, he lost control of his Champ Car, causing a horrific wreck at The Phoenix fairgrounds. He crashed into the spectator area and injured many, fortunately killing none.

For several years life seemed to turn around for Elmer, until it didn’t.

Elmer was a typical starving racer of the 50’s era who managed to work his way into the Indianapolis Motor Speedway’s management. He did it the old fashioned way. He picked himself up by his bootstraps and married into racing royalty. His bride, Mari Hulman, was the only child of Anton (Tony) Hulman and his wife Mary. Tony Hulman just happened to own The Indianapolis Motor Speedway among other valuable properties.

Elmer and Mari eventually had 4 children together, one of whom was a son, Tony. After his retirement from racing, Elmer was a Speedway Vice President and was in charge of the Speedway’s radio network. Tony of course grew up to run the speedway.

Elmer’s story reached an ugly climax in 1976. Mari and Elmer were on the outs and in early May, Mari filed for divorce. Race Winner Johnny Rutherford had barely kissed the pretty girl when Elmer left the speedway. During the race Elmer got into a telephone argument with Mari’s horse trainer/pal, Guy Trolinger. Elmer high tailed it to the family home in Terre Haute to have it out with Trolinger. They settled things like adults; with a gun battle. After 17 shots had been fired Elmer was leaking from 5 holes in his body, one or more of which proved fatal.

FYI, things turned out just fine for Mari and Guy. Guy got off with a “self defense” plea, continued on at the Hulman stables and became Marie’s boyfriend. Another fine example of a self made man climbing his way up from horse racing’s paddock to the Penthouse. As an aside AJ Foyt testified at the trial.

There is a great story on Elmer’s last Indy ride with comments on the murder by Alex Walsh. It can be found here:

The December 1985 murder of Frances Derr is downright ugly. Frances ran the ticket operation at IMS from the 50’s to the 80’s. Her grizzly murder was never solved. Just days before Christmas her beaten and strangled body was found in her car in a mall parking lot. Who does that to a 70 year old woman?

You can check out the Facebook page “Frances Derr – cold case – active investigation”. Combining a little knowledge of Indianapolis Motor Speedway history, along with what is presented on that page and it will clearly tell you who the page’s author’s (Frances’ great niece) believe did it (spoiler alert the person is now deceased).

Frances’ murder is extra sad because she was one of those quiet background figures that made amazing things happen. The Clymer & later Hungness Indy 500 yearbooks would occasionally run a small picture of her explaining that she managed the speedway ticket office.

What needs to be remembered is she did this in the 50’s, 60’s, 70’s and 80’s. In an era of no computers, she led a team that was handling North of 100,000 annual ticket requests. They juggled seat renewals and upgrades, managing it as fairly and efficiently as possible.

Indianapolis bar talk held there was way more to the George and Derr murders than was ever reported. In the case of the next murder there is no doubt that eventually a thorough investigation took place. What is more surprising is that this story was never more prominent. It  involved a highly regarded employee of Roger Penske and an Indy 500 Crew Chief. Also playing a side role was Dick Simon. As a car owner; Simon successfully qualified more people into the Indy 500 during the 90’s than anyone.

A much more detailed version of Cynthia’s story is laid out in the book Race to Justice. The book details the 1992 murder of Cynthia Albrecht. Cynthia worked as an executive chef for Roger Penske’s Indy car teams and was a much loved member of the Indy car inner circle.

This story never grew much beyond Indianapolis – Although, there was nothing even remotely resembling a cover up, there was no gain for anybody if the story gained greater prominence. Other than a couple of Nationally televised news stories, nobody outside of Indianapolis was pushing the narrative.

Inside Indianapolis, a few people were shouting at the top of their lungs seeking justice. It took 5 years, but they eventually got as much justice as could be hoped for.

To be blunt if you are looking for a murder mystery, you will be disappointed. There is definitely murder, but not much mystery as to the murderer’s identity. There does remain one grizzly mystery that haunts the prosecutor, Cynthia’s friends and family to this day.

The story begins with hunters finding a headless nude female body in an Indiana field. Eventually it would be identified as Cynthia’s. As the investigation unfolded all of the suspects seemed to have great alibis and officially the mystery remained unsolved for years. From the jump, 2 people believed there was no mystery. Cynthia’s best friends and co-workers at Penske, Becki Miller and Sandi Fink. They were determined that the killer would not get away with it – and they did all they could to seek justice.

The pair believed that the killer was Cynthia’s estranged husband; Michael Albrecht. Michael had started May 1992, as Hiro Matsushita’s Crew Chief. Hiro’s crash during practice for the 500 necessitated a driver change. Hiro was the grandson of the founder of Panasonic and would be known by many as “King Hiro” – it was not a compliment. Hiro was replaced by Raul Boesel who eventually brought the car home 7th in the 500.

As hope was fading that there would be no justice, a white knight entered the scene. Marion County Deputy Prosecutor; Larry Sells. Larry is a forthright, true believer in right vs. wrong and bringing the guilty to justice. He has prosecuted over 70 murders. In EVERY case he believed in his heart of hearts the defendant was truly guilty. He says he would not have them stand trial if he felt even the slightest bit of doubt. When Speedway Detective; Bill Jones brought Larry up to speed on the case, his response was “Let’s get this son of a bitch”.

August 1997 was a game changer for all of the involved players. Finally a witness flipped and admitted they’d lied about Michael’s alibi. The threat of the weight of the entire justice system will do that to a person caught in a lie. If things had stalled for just a few more months, the 5 year Statute of Limitations would have kicked in and NOBODY could be charged with the murder.

The defendant had an excellent attorney, Richard Kammen. As the book’s co-author Margie Porter put it, “Kammen was not just Wiley he was smart.” So the defendant had access to some truly great counsel.

As you have no doubt figured out and despite Kammen’s best efforts, Michael stood trial and was found guilty. Two Indy Car owners testified at the trial, Dick Simon, Michael’s employer and Antonio Ferrari (Enzo’s Grandnephew). D.A. Sells found Simon a difficult witness – but found Ferrari’s testimony of use. Upon conviction Michael was given the maximum sentence. He has since unsuccessfully appealed his conviction. Barring unforeseen circumstances, in 2 years he will be a free man, having served his full term.

The story is not a breathless page turner, in fact it is merely a sad story with no winners. Those that pursued justice got as much justice as they could ever hope for, but they did not get Cindy back. The bad guy is in jail (he’ll tell you wrongly). Obviously he’s not happy with how things turned out – the only thing he gained was the free time between the murder and his apprehension.

One thing always bothered prosecutor Larry Sells – Cindy’s head was never found. Which prompted Larry Sells to ask one of the final, and loudest questions of the trial, addressed to Michael Albrecht.

Our hope is that by reading this, you’ve gained further insight into a rarely seen aspect of the Indianapolis Motor Speedway. The Speedway will always hold a special place in our hearts, unfortunately as in most things in life, there can be a dark side. That is how we know we truly love The Great Indianapolis Motor Speedway. When we can see it warts and all, yet it still leaves us with the same sense of awe and wonder as the first time we first set foot onto its hallowed grounds.