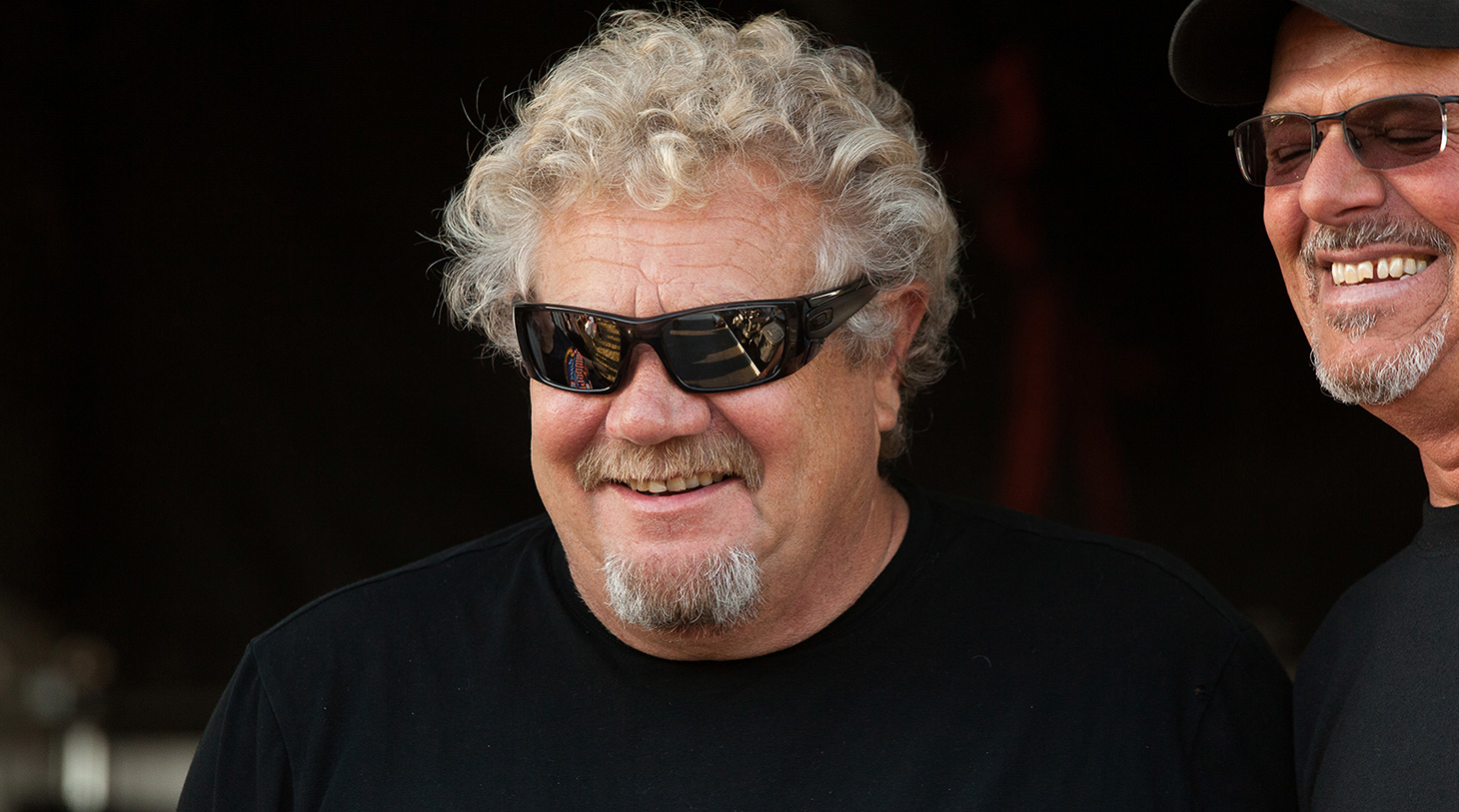 The Bad Boy Off Road World of Outlaws World Finals at The Dirt Track at Charlotte in Charlotte, North Carolina in 2016

Before you get all mad and tell me that Steve Kinser has been a great ambassador for the sport, I will only concur. Many will say that nobody in any form of the sport is more colorful than Jack Hewitt, I will also readily agree. It can even be argued that nobody can piss off a crowd or their fellow racers more than Sammy Swindell – and indeed I would not argue the point. But there has never been the right person at the right time to transcend the sport and make it truly “big-time”.

In the ‘60’s when ABC and Wide World of Sports first came into race fans and non-race fans living rooms alike, there was this short Italian immigrant with the funny sounding last name of Andretti who arrived with ABC. Not only did they have Andretti, but they had a tough-talking Texan by the name of Foyt who wanted none of this upstart kid. Take the rivalry of those two, and an oversized, natural mouthpiece like Andy Granatelli pumping STP and dragging the sport along with it and all of a sudden these guys become household names. To the point that even today when a cop pulls someone over for speeding you expect them to ask, “Who do you think you are, Mario Andretti?” But it wasn’t just their driving that made their names, the fact was, they were both a great interview and were even good for a great 6 second sound bite before anybody knew what that was.

On the Stock Car side of things, Richard Petty did very much the same thing, again as ABC was discovering racing. From 1965 until decades later, Richard was the “go to guy” that was good with a quote, mixed with Southern charm, and a winning smile. Richard was the guy winning races in bunches and carrying stock racing later on with Granatelli and STP’s help. To me, it is also worthy of note that a guy like Ned Jarrett who was pretty much gone as a driver as Petty came to prominence, had seen enough of the future to know he had to up his game. His move was to take Dale Carnegie training to help him to better represent himself and the sport. It would later serve him well – and seriously, what race driver of any ilk, let alone 1960’s NASCAR was thinking about such things as Dale Carnegie training. As Richard’s career wound down, Stock Car racing would have enough characters like Earnhart, Richmond and Waltrip to more than adequately fill the gap.

In the early days of Drag Racing, it was Don Garlits who was the face of the sport. I’m not sure if it was so much what he said, but the fact that he was again a winner and a good interviewee combined with the Big Daddy” nickname that made him so big. Later there was The Snake and The Mongoose selling Hot Wheels. As we got into the TNN era of drag racing coverage we have this non-stop talking machine that never met a microphone he didn’t like, backed up by winning like crazy and voila, John Force.

Sprint Car racing never had that guy. Steve Kinser and Donny Schatz will most likely go down as the two greatest names of my lifetime in the sport of sprint car racing. Neither of them seems like the type to seek or want attention. They both seem like very polite and decent people off the track, they don’t seem to seek or want controversy. They go out, do their job in a workmanlike manner and go home. They will certainly do interviews, giving what I believe to be sincere honest answers. But their very nature does not seem to allow them to be something that they are not. I also believe that if they did try to act like anyone other than themselves it would be seen through in a minute.

I think some guys have really tried, Danny Lasoski, Fred Rahmer, Terry McCarl and Jack Hewitt are the ones that most readily come to mind. Of the four Lasoski came the closest, in the TNN era he was always the guy that could be counted on for seeming amped up, excited and ready to race. Unfortunately for a lot of the TNN era, Lasoski was not at a lot of the TV races. Rahmer, McCarl and Hewitt were saying and doing all the right things but they just weren’t on National TV while doing their thing.

The one guy that I think could have got us there was Doug Wolfgang. He was articulate and always gave good insightful answers. What he did not have was Kinser’s career – partly because Kinser was having Kinser’s career. He had a great career and TNN seemed to love him, but the fact is he was in and out of rides and just not dominating the sport on a National stage year in year out with the exception of a couple of seasons where he really kicked ass. Then came the fire….

I am very concerned that when the next Schatz or Kinser comes along even if he is that natural, charismatic speaker the sport needs, there won’t be any national TV there to take him into a million or more living rooms. In short, I don’t think there will be any opportunity for anyone to pick this sport up and carry it on their backs to the next level even if they naturally possess the PR tools.

Alas, there might be one guy, but in all honesty, sprint car racing has done him no favors lately, yet he has done much for sprint car racing—buying and maintaining Eldora, The All Stars, owning teams etc. Anthony Stewart come on down…