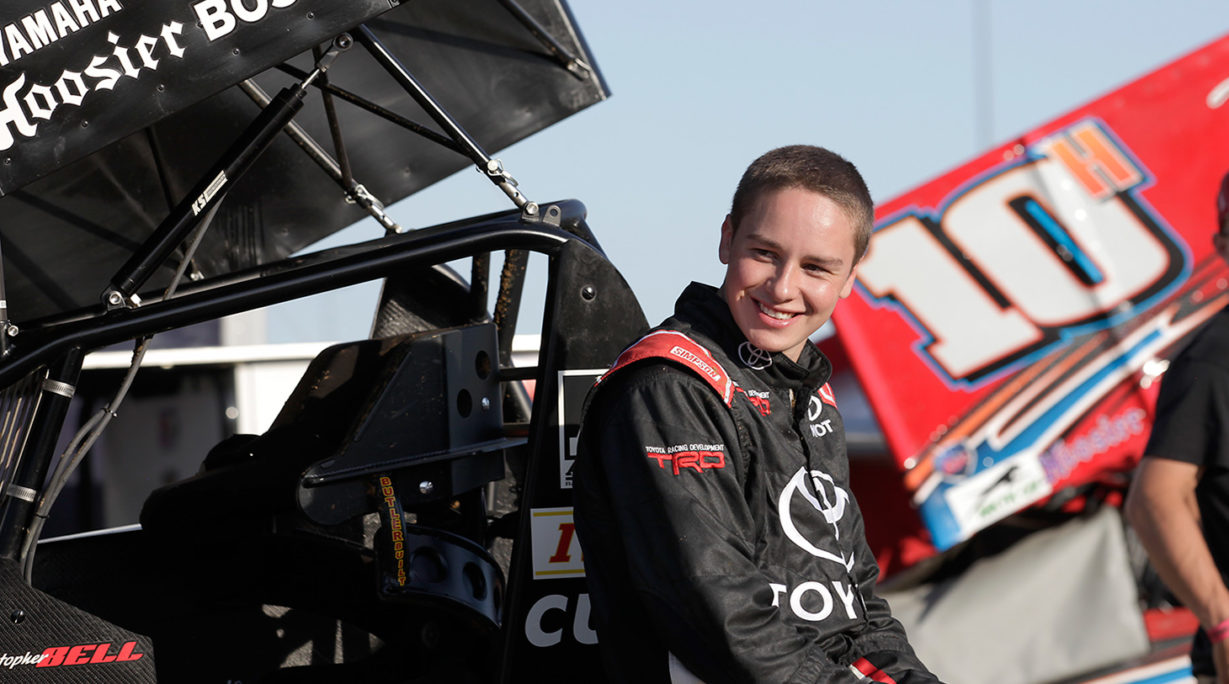 At the beginning of 2015 I was trying to map out my plan for the racing season. I had really been looking for a way to compete in The Camping World Truck Series race at Eldora. I begged Toyota for any opportunity to race in the event. I was told no by Toyota and that there was no way I’d be able to run it.

As the year went on I was given the opportunity to run a truck at Iowa and Kentucky. All of the sudden a spot opened up at Kyle Busch Motorsports and I got plugged into all of these truck races. I eventually got my wish and was told I was going to get to compete at Eldora.

When I got to Eldora and started practicing it was obvious the stiffest competition I would face would be from late model star; Bobby Pierce. Pierce had tested earlier in the week at Tri-City and had his father (Who’s a genius) working on the truck. I felt Bobby had an advantage because not only did he run dirt, but he raced a stock car-style car on dirt. I had run maybe 10 stock car races in my life to that point and they’d all been on pavement. I’m not trying to make it sound like The Miller Brothers are some high dollar team because they are far from it, but they came to Eldora prepared.

Bobby was just way quicker than everybody in practice and we just kept working on our truck and getting better and better. I actually spun out in practice, to be honest.

The heat was pretty uneventful. I started on the front row, got the jump and won pretty easily.

Pierce led the feature early and then I was able to get by him on a restart. I used a fairly aggressive slider to take the lead but I really wasn’t sure if I had anything for Bobby. Throughout the whole day I hadn’t been as fast as Bobby but I was hoping that by taking the lead and taking control of the race that I could set a pace that I was more comfortable with. I also felt like if Bobby got to the lead he would have just driven away at that point.

I hadn’t thrown a slider all weekend. Honestly, it wasn’t as much of a slider as it was me just trying to use a lot less race track. It worked out and I was able to drive in there, clear him and beat Bobby to the top.

Honestly, I thought Bobby would pass me right back. As the race played out though it just seemed like whoever had the lead on the restart would get slid because the leader would always just pick the top.

I kept debating with myself if I should just restart on the bottom and slide myself on the restarts. The risk of doing that is that if you don’t clear the guy outside of you that you’re going to get freight trained by the rest of the field. I concluded that you just had to make your restarts on the top.

During the final third of the race, I found myself leading with Bobby chasing me. I was racing as hard as I could and wasn’t saving anything. We were both running as hard as we possibly could I think.

There was a late race yellow with just two laps to go that put Bobby right beside me. I just kept telling myself not to screw up and just put two nice laps together.

I really didn’t realize that I had that race won until I came out of turn 4. We had just run The Kings Royal at Eldora and it was so cool to represent sprint car racing in Victory Lane. I felt a lot of pressure to represent sprint car racing as best as I could and I obviously already put a lot of pressure on myself so it was just a really neat experience to pick up the win that night and it’s something that I’ll cherish forever.