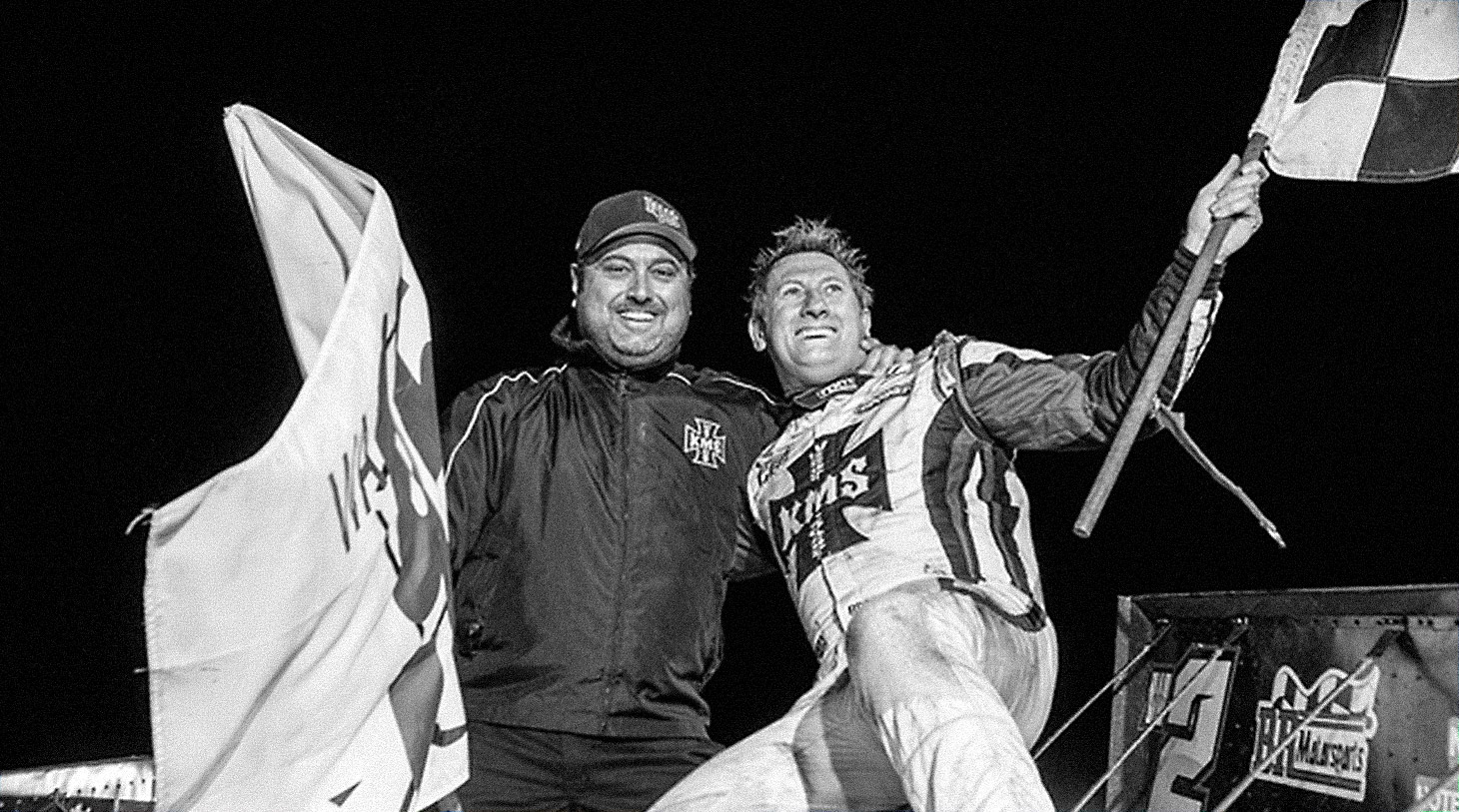 I was down in Western Australia when I first met Shane Krikke. The Krikke family had been a household name to sprint car fans over there for years. Shane’s dad owned the race car and his uncle Ron Krikke drove it. Ron won 2 Nationals titles and was the Western Australia big shot when the East coast guys went over there.

As time progressed Shane got older and came to America to work for Bob Trostle and learned the ropes with Trostle over here. Shane then came back to Australia and he started racing.

I met Shane in around ‘93-94 and it wasn’t the greatest friendship straight off the bat. He had led every lap of one of the most prestigious races. He led 24 laps and I passed him on the last lap and he never forgave me for that.

Over the years we became friends and then back in 2004 he approached me about changing drivers. At the time we had been talking about folding our own team. I had just won The Australian title and I said “Look, I’ve gotta give my family one more year of running our own car”.

Shane approached me the following year and said “This is the second time I’ve asked, I won’t ask a third time”. At that time I was on The World of Outlaws tour with The Rush team and then I jumped in with Shane and it’s been history ever since.

We shook hands the first year at The Knoxville Nationals, put the deal together and went out that year and won The World Series, won The Australian Title, we won 11 out of 22 races and we’ve never discussed not racing together since.

We became a family and I mean not just a racing family but a blood family. I’ve never had a brother and he was the closest thing I’ve had to that.

When I first got to know Shane he had already gone through one round of cancer. When I had met him he had already faced adversity and beat it. All of the way through he was a positive, upbeat guy. He was an inspiration to all of the people that worked for him at the dealership and throughout the race team. He was very passionate about the sport and was not afraid to ruffle your feathers. If he knew you needed a kick in the butt he was going to give it to you but he also would be right there to pat you on the back when you did the right thing and that’s all you can ever ask for from a boss or car owner.

If you want to talk about character and inspiration you won’t find any more than Shane Krikke because what he went through, the way he handled cancer and the way he fought cancer with the class that he showed was incredible.

It wasn’t until about a week and a half ago that he ever showed weakness. He told me that this time was getting tough and that he thought this was catching up to him. Shane fought it so bravely and for so long and that was literally the first time he ever really showed any signs that it was too much for him.

Our team didn’t worry about other team’s drama and BS, we went racing together as a family and went and had fun as a family. It’s something I did with my own race teams but I learned to really appreciate it with these guys.

The chemistry was really just there straight off the bat. At the time I was winning World of Outlaws races, I had just won The Australian title and I came rolling into the team with a lot of confidence. It didn’t take long and Shane and I both knew that this was a pairing that was going to last a long time.

I found out 5 years later that when they hired me and we signed the original contract teams had bet that we wouldn’t last a year together because they all thought I’d want to change too much and have things my way and here we are over 10 years later.

There are two races that really stick out in my mind that we won together and they both happened the season before last. We won my dad’s memorial race at Adelaide. I just drove my butt off to win that race for my dad and will never forget Shane’s excitement when we won. We then backed it up and The Krikke Boys race which honors Shane’s cousins who were killed in a car accident. I’ll always remember those two races more for the sentimental value than anything else. We’ve won Classics, we’ve won Australian titles, we’ve won World Series together and those two races both paid a lot of money but it was more about the respective meanings of those races that will always stick with me.

I loved Shane like a brother. To put it simply I’m struggling harder with his death this week than I did when my dad passed away and my dad was my superman and my super hero. We just had a love and a bond with each other. We’re both hard-nosed guys, we’re both pig-headed and stubborn but he took so much pressure off me coming into that race team and I like to think I took pressure off him because he had a driver who was 100% behind him and his crew chief.

I’m praising Shane and giving him all of the credit here but we also couldn’t do it without his brother Ryan. Ryan is how an American views a typical Aussie. He’s a great guy and he’s a lot of fun. Shane was more studious about business and how to make money and Ryan was always going to figure out how to spend that money and have fun. Ryan did The World of Outlaws tour for two years with The Pennzoil team and Jac Haudenschild and he’s done the hard yards in the offices, in the shop, on the road.

The whole family is a package along with their mom and dad Pete and Jules. They are a family that still gets together every Sunday night and have dinner. When I’m over there racing they have us around for dinner as well and excuses are not accepted, you’re family, you’re supposed to be there. As much as Shane was loved by me even though he wasn’t blood, I really feel for Ryan right now. I know he’s trying to hold everyone together.

The Krikke’s race because they love it and they are passionate about it. They demand the best, they expect the best and they give you the best. You can never ask a car owner to be any more than what that family is but if you take the racing aspect out of it they are all just really great people. The sprint car world is a lesser place without Shane.