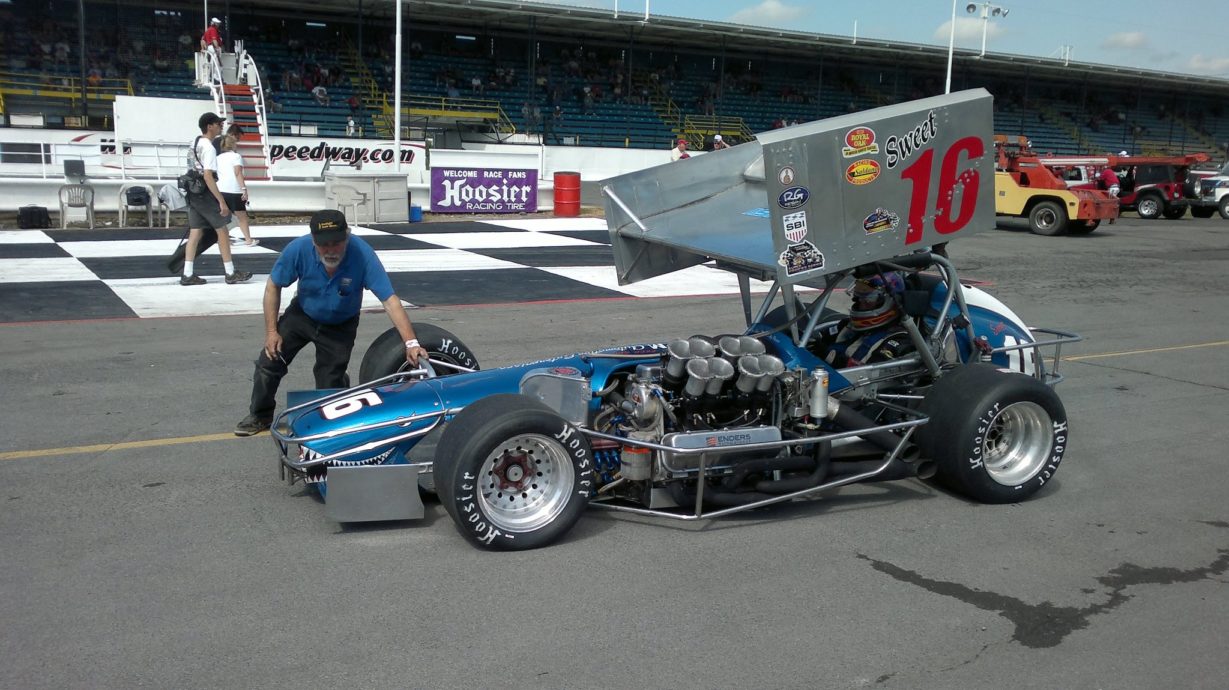 At TDP we don’t pretend to be techno-geeks but that doesn’t mean we don’t love racecars on a semi-technical level – we are going to share some of our favourites – whether they be fast, quirky or just plain good looking – we will try and share as much of the back story as we can – we would welcome any additional information to round out the car’s story/history.

Today we feature a famous Supermodified – The Steve and Sharon Miller Sweet 16.

This picture was taken July 7, 2012. That night Steve & Sharon Miller, driver David Gruel and team scored the win in The Mr Supermodified race at Oswego Speedway. The car was always a fan favorite not just because of its beautiful metallic blue paint job (This photo does it no justice) but mostly for its “old school” nose piece and fuel tank – while everybody else was trying to cheat air with radical tail sections – these guys won going full on old school. The car also features the requisite injected big block Chevrolet and radical offset rear end. Speaking of “old school” Steve, shown examining the RF, is a well known and respected Indy Roadster historian and restoration expert. I believe the car is being raced today by John Willis with the West Coast Vintage Race Car Association.

Sharon Miller just updated me – The former Sweet 16 that runs out West was a twin to the car that won the King of Wings show. The car shown is now part of the Bob McConnell collection Urbana Ohio.