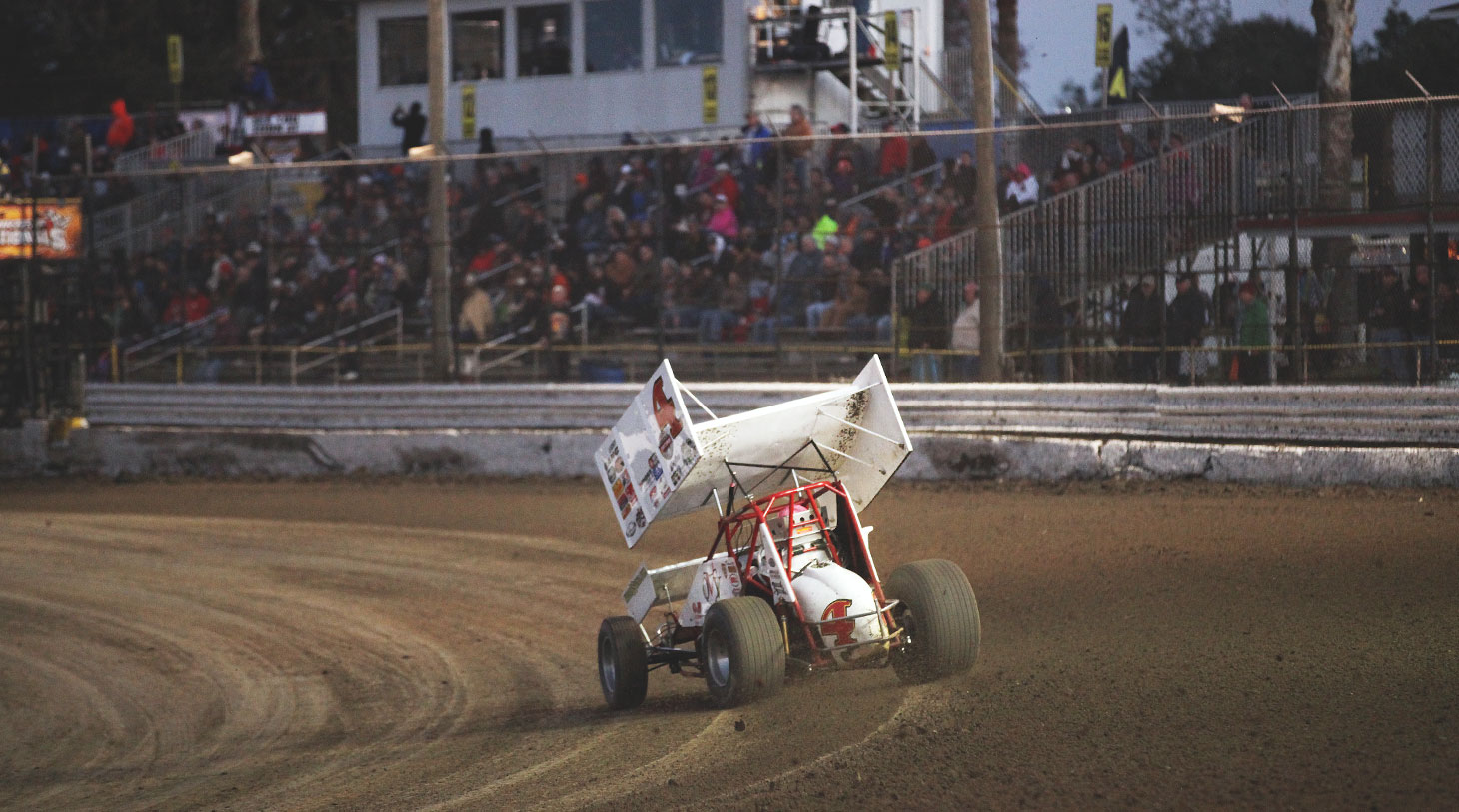 This will be my last year competing at The Knoxville Nationals for a couple of reasons. I’ll be 60 next year and this old body is not what it used to be. We also struggle on the big tracks as we are basically a low budget team and we are trying to go up against the big boys with big money. It’s just time. I’m not going to retire from racing, I’m just going to stick to the short tracks from now on and save what I’ve got.

It’s kind of frustrating to come here and not have the latest and greatest equipment. I don’t enjoy being an owner at all. In the late 90’s things turned into a few hired guns and a lot of family teams and unfortunately there was a lot of good drivers and just not enough good rides to go around. It kinda forced me to do my own thing and I don’t mind it really. It’s a little stressful when the chips are down but when things are good it’s great. It would be nice to have an open cheque book to see if we could compete with the big boys but all in all I wouldn’t change a thing over the years.

I can still remember my first Knoxville Nationals just like it was yesterday. It was in ‘78 and I’d read all about it in Speed Sport News. I remember when we got here we broke down and didn’t get any hot laps. Karl Kinser came over right before we went out and told me how to run the track. He was right, we were 5th quick out of everybody for the weekend and we finished 5th in the A Main. I remember it just like it was yesterday. The ones in between that one and now are a little fuzzy but I remember that one.

‘78 was good to me but ‘79 was good to me as well. I drove for the injured Bobby Marshall and we had a tire blow apart midway through the race and had to stop. We had to go to the tail and got back to 6th which was where we started. I think I had a good shot at winning that year. In ‘81 with The Gambler car I think we ran 4th and all of the way through the 80’s it seemed like every year was pretty good. Through the 90’s we weren’t too bad either.

Over kind of the last 15 years I’ve run my own car. The big budgets came in and kind of hurt us. We’ve been struggling to try and get into the A Main. I can still remember all of the good Nationals though just like they were yesterday.

I don’t think anyone realized when I first started running The Knoxville Nationals that it would grow into what it has become today. Everything from the cars to the trailers to facilities, everything’s bigger, bigger, bigger. It’s truly a big event and the best event of the year I believe.

A successful Knoxville Nationals will be doing the best we can. Of course the goal is to get into the A Main, I think that’s everybody’s goal until the A Main rolls off on Saturday night. Anything can happen and with a little bit of luck and a lot of hard work you can get in there. If all of that pans out though my goal is just to be safe.

Steve Kinser and Donny Schatz are the 2 best racers at Knoxville that I’ve seen in my career with  the few guys who’ve beat them in their careers close behind. Their respective records speak for themselves. You can’t argue that Kinser and Schatz have been the best here, Wolfgang’s one of the best, Sammy Swindell is one of the best and Danny Lasoski is pretty good too. Those guys have all dominated at one point since I’ve been racing.

I’d just like to thank everyone for all of the memories. We’ve met a lot of good people through the years and have enjoyed them all. Even though this will be my last year driving it probably won’t be the last one I attend. I just appreciate the hard work and The Knoxville Raceway puts on from the safety crew all of the way on through to the facility, it’s just awesome.