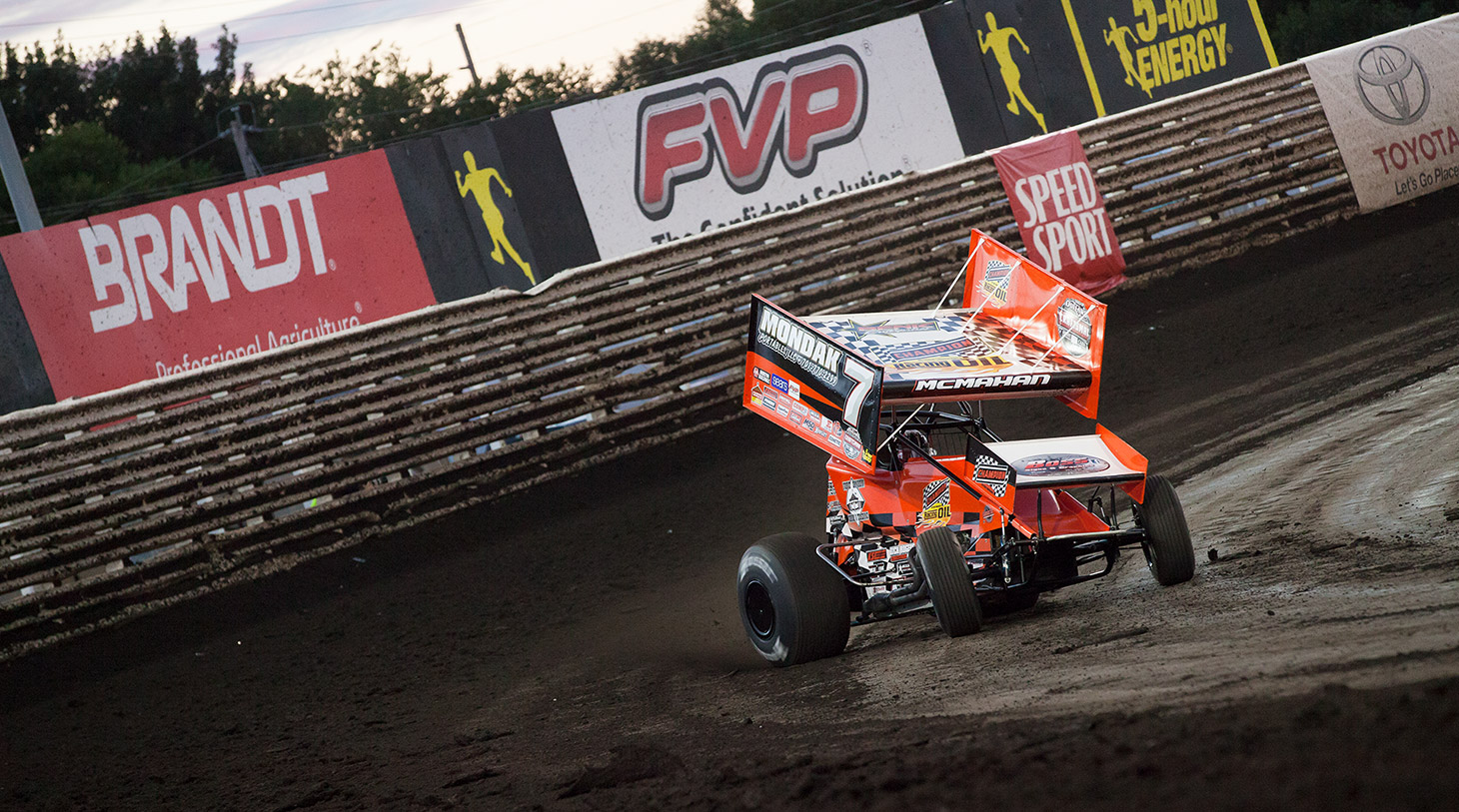 The couple of years I spent working on The World of Outlaws (WoO) tour were among the most fulfilling, fun and interesting years of my life. I was fortunate enough to travel the country and make a lifetime worth of friends in a very short period of time. Every night I was in the position to try to help beat all of my childhood heroes. I was living the dream. Make no mistake though, that dream can be a nightmare.

One of the themes I’ve really tried to get across with our website is how much hard work is truly needed to succeed at the highest levels of our sport. I’ve tried to really put a spotlight on the grit of what we do. Racing on The WoO tour and getting your ass kicked is a really good way to force yourself to question yourself as a person and your abilities. During one of my first weeks on the tour my boss; Sam Hafertepe Jr. told me that I would learn more about myself in one year on the road than I would living a decade at home. He was right.

Over the past year Rick Rogers, Paul McMahan and The Destiny Motorsports team struggled with The WoO. They’ve been forced to look themselves in the eye and determine what they are going to do as a team for 2017. Their conclusion: Keep plugging away.

To me the idea of Destiny Motorsports plugging away and not making many major changes is so refreshing. We live in a time where car owners spend a lot of money and demand results. It’s very refreshing to see Destiny not panic, stay the course and continue to work hard.

One theme we haven’t really tackled on our website that I’ve planned to spotlight is just how cutthroat this business is. If you want proof of that just look at Danny Lasoski’s firing. Joey Saldana is without a ride (He may not be by the time this is published) and Dale Blaney is trying to find a team. Those 3 drivers are absolutely elite drivers and they are unemployed.

Racing is such a “What have you done for me lately business” and there are plenty of vultures. I can’t count the amount of times I’ve heard one person talking behind another person’s back (Even their own friend’s back) to try to further their career in the sport or to make themselves come across more intelligently. Every one of the 23 teams that loses any given night have some explaining to do and more often than not there is a driver/crew chief/crew member whispering in the car owner’s ear that they could do a better job and that they just need a shot. As a car owner everyone is telling you that you should probably make a change and these people are telling you that they are the answer.

I barely know Rick Rogers. I’ve talked to him briefly, maybe 2 times in my life. I can guarantee you though that he’s had calls from everyone in this industry from racers, to mechanics to manufacturers promising him the world, telling him that he needs to make a change. To stay the course, to stay loyal to the people who are in this with you is a very uncommon response.

It’s so easy to see how the blame game gets started within a team. If you’re a general crew guy you are working crazy hours, in terrible conditions and usually when you’re tired. I’ve often told people it’s not the work that wears you out when you’re on the road, it’s that you’re always doing the work when you’re tired. From the top teams to the bottom teams, one thing you never question is that a crew guy works their ass off. So as a crew guy you know when the team is under-performing that it isn’t from your lack of effort and you start looking at answers. Often times, their answer is an issue with the driver, crew chief or owner.

As a crew chief you know that you’ve gotten to where you are by working your ass off and performing. There is not a single travelling crew chief that hasn’t paid their dues to get to where they are. They also generally got to the position they are in by winning at the higher levels within the sport. They know they can get the job done, they’ve already proven that. Now they find themselves in a situation where the car is under-performing and when they try to come up with an explanation they know it’s not themselves, it’s gotta be the crew, driver or car owner.

The sprint car world is full of racers and not nearly enough car owners, this is a given. Any driver racing at The WoO level has gotten there because they have proven time and time again that they are one of the best drivers in the country or they’ve shown the potential to be. They’ve won races at every level, usually for several different car owners. They know they can get the job done but they aren’t comfortable. As a driver it’s also easy to place blame. Maybe you don’t feel like the crew chief is setting the car up well enough, maybe your car owner isn’t giving you the equipment you need or maybe your team just isn’t paying enough attention to the little details.

As a car owner you know you’ve put everything in place to succeed. You’ve spent far more than any one person should ever spend on a race car. You’ve hired a top notch mechanic and driver, you’ve got them plenty of help and you’re giving them top of the line equipment. I can’t imagine how frustrating it must be to be a car owner in that situation.

On top of all that racing can be so demoralizing and the people at the top of this sport are ruthless. These drivers and teams will bury you in a heartbeat. I can’t count how many times after licking our wounds our team would go somewhere and go completely through the car from top to bottom. You would make sure every single detail was taken care of and arrive at the track on kill.,.and then promptly time in 23rd.

A struggling team on The WoO tour is such a fragile thing. At first the year starts off slowly, you analyze why you’re struggling and generally you do find some answers. You expect things to turn around and they just don’t. You tell yourself to just keep plugging away but after 30 weeks of plugging away it’s kind of hard to take someone serious when they tell you to just keep working hard and things will turn around. To hang in there and stick together like Destiny Motorsports has is very commendable.

It’s very obvious that Paul can drive a race car. It’s very obvious that Rick Rogers has made the financial commitment to make his team a contender. Sonny Kratzer and Scott Benic’s records speak for themselves. Despite knowing all of this it is just human nature to start questioning things when you struggle.

In one of our first ever features Joey Saldana made a profound statement when he said car owners will “Sacrifice time, they’ll sacrifice money, but they don’t want to sacrifice so much money over time”. It’s VERY hard to be patient as a car owner. To be honest I’m shocked that Rick has been this patient with this team and that conversely Paul has been as patient as he has been in the car. Rick has made a huge investment in this racing team and when you spend the kind of money he has you want results.

Fortunately though, I think everyone’s loyalty will be rewarded with this team. When I first started on the tour in ‘08 everyone was trying to figure out what Donny Schatz and his team was doing. To this day teams still have trouble keeping their eye on the ball and not getting caught up in what Donny might be doing to be so fast.

One of the most obvious, overlooked answers to that question is loyalty. Donny has the same people around him and the same equipment he has had for years. Donny and crew chief; Ricky Warner are one of, if not the longest combinations on the tour. The team has kept the same engine-chassis combination together for what seems like forever. They know each other and they know every aspect of their racing operation. They’ve been to the same tracks together for years. They’ve been in victory lane together and they’ve been in the trenches together and there’s something to be said for that.

It seems like these days no one is that patient or loyal. It’s shocking these days when a WoO driver who is struggling at the start of the year still has that same ride at the end of the year. When is the last time you saw a driver and team struggle on The WoO tour but make it last for 2 years? It just doesn’t happen, no one seems to be that patient.

As I said earlier, I don’t know Rick Rogers as a person. I can tell you though that how he’s handled this situation with his team speaks volumes about his character in terms of loyalty and patience. It also speaks volumes about this team that no one is giving up or quitting. I truly hope that in 2017 his loyalty and patience are rewarded and that Destiny Motorsports has the kind of season we all know they are capable of because let’s face it, our sport has lost far too many Rick Rogers’ already. 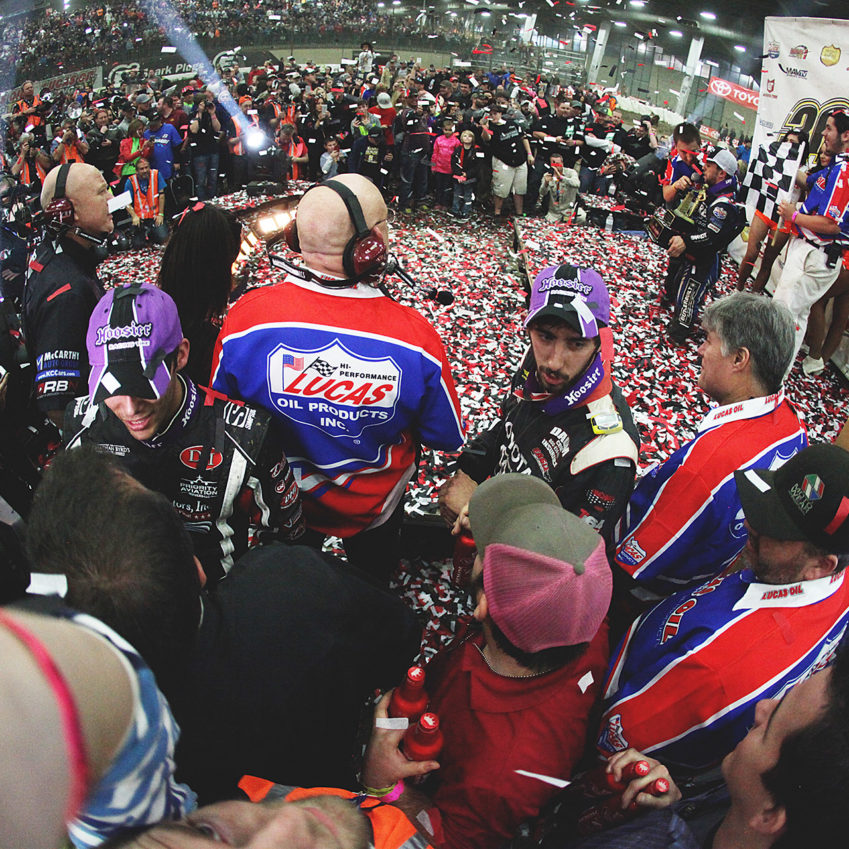