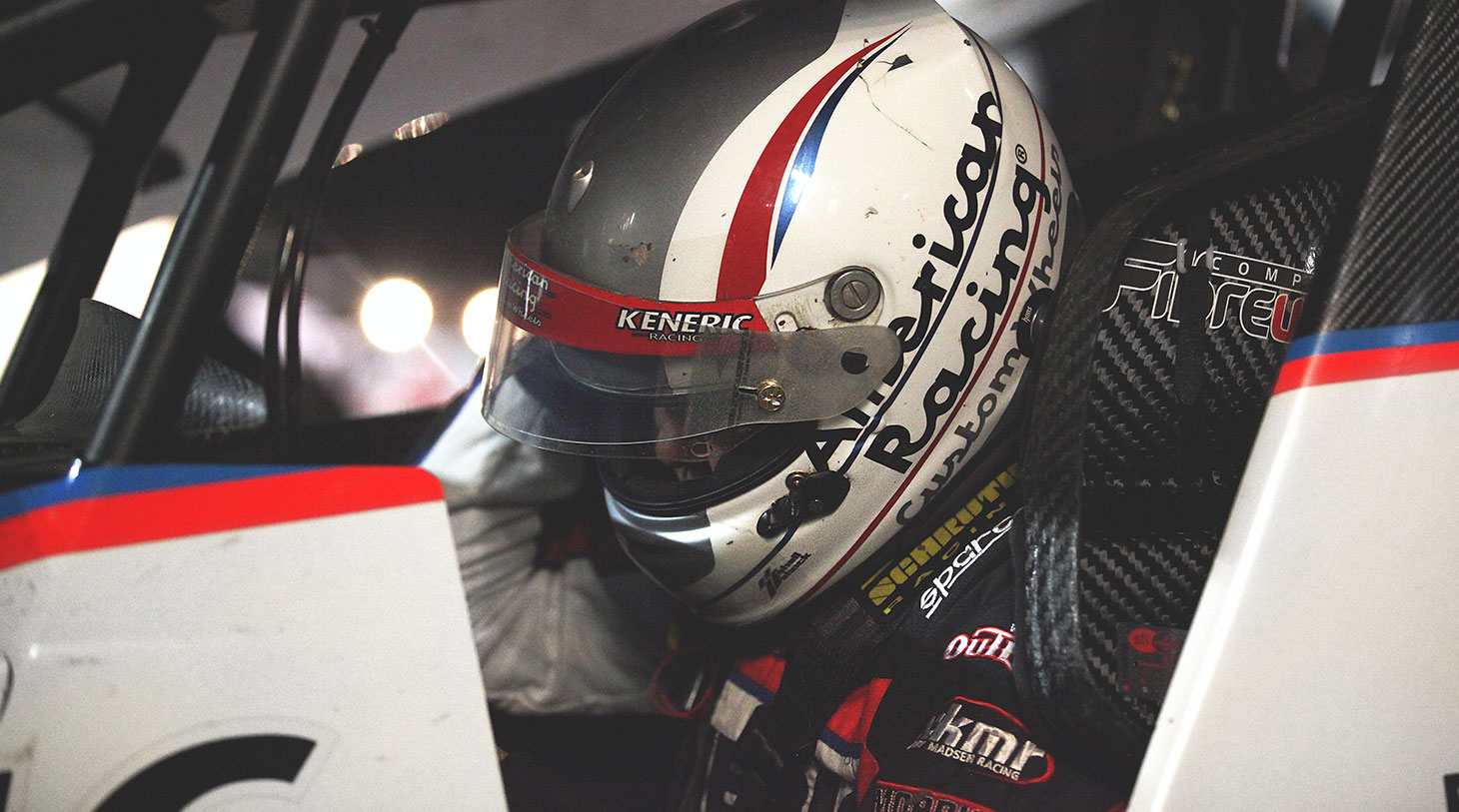 In 2010, I was racing in Australia and got with Brian Hall of Hall Motorsports and we put together a deal for me to drive for him. He already had a truck and trailer here so we got some engines and put some cars together and did about 40 shows. It was actually pretty good because every time we went out we were pretty quick.

We ran second at the Kings Royal that year. It was disappointing because we probably should have won. We didn’t go into the race expecting to win, we just wanted to do well. I mean we had been quick there and you’re confident that you’re going to do well but I wasn’t expecting to have the quickest car and pretty much dominate the race. I was happy at the time and we still ran second but just the way we lost it in the end was pretty heartbreaking because you just don’t know if that chance will ever come back around.

It was the first year of double-file restarts and basically Steve (Kinser) took off going into turn three. He was in second and he just took off and they let the start go. What do you do? It was disappointing.

I’ve never been big on doing that not going bullsh*&% when the other guy jumps because it always creates wrecks. On top of jumping the start Steve also put me in the wall going down the front straightaway when I got beside him.

I was still confident I could have gotten him back but I don’t know, I guess it just didn’t pan out right to where I could get back by him. I was definitely quicker.

It’s a hard lump to swallow because you don’t get into that position very often. You don’t normally have a dominant car like that and not win the race. It was tough to take.

I wasn’t always fast at Eldora. In a lot of people’s eyes 2010 was my first great race there but it was years in the making. I first came to Eldora in the ‘90’s. I could make the race but that was about it.

I never really got a chance to go back until about ‘07 or ‘08. Those first couple of years we wentwell but we definitely we not capable of winning. I just kept working mentally on what I wanted and what I was feeling in the car.

It just seemed like early on when we’d go there I was always trying to chase tight race cars. It seems like the last few years that the more free I have my race car, the faster I go. You get comfortable.

Eldora is such a rhythm track. It’s almost like being on a treadmill in that when it gets on the fence for a long run you get into this rhythm. It’s about timing and just trusting your reactions.

If you’re lucky you might be fortunate enough to be in position to win a big race in your lifetime. I was very fortunate that we had another chance to win the Kings Royal a couple of years later with the Keneric team. I was chasing down Sammy Swindell for the lead during the latter stages of the race.

During those final laps you don’t think about anything else. You’re in full chase mode. $50,000 is the last thing on your mind. It’s Eldora, it’s a big race and you just want to win it. You’re just desperate to get it done.

I tried something that I had done earlier in the race because I was really tight off of turn two. As soon as I’d get any kind of tow there I’d wash up out of turn two. I had run the middle a couple of times and it had worked really well. I went to try the middle later on in the run and I just messed it up and gave away too much ground. Another lap or two and we would have had that one too. Now you’re left thinking, ‘Well sh*t, now I’ve screwed up two of them.

In 2014 we were fast at Eldora. We had beaten the Outlaws in the spring and we were good all night at the Kings Royal. We set quick time and we were really good in the heat. I was pretty confident.

I started seventh in the main event and I had a game plan in my mind that I could probably run the cushion for about three-fourths of the race and then I knew I would need to change strategy for the end.

I tried to stick to my game plan and I was pretty focused. We were shocked because we got the lead a little earlier than we had planned. At that point you remind yourself that you’ve led and won a lot of races and you’ve done this before. It helps keep your mind straight.

The race was actually going pretty smoothly and I was coming out of turn two after taking the white flag and wouldn’t you know it the yellow comes out again. All I could think was, ‘I’ve been here before and I’m not f*&%ing letting this one get away.’