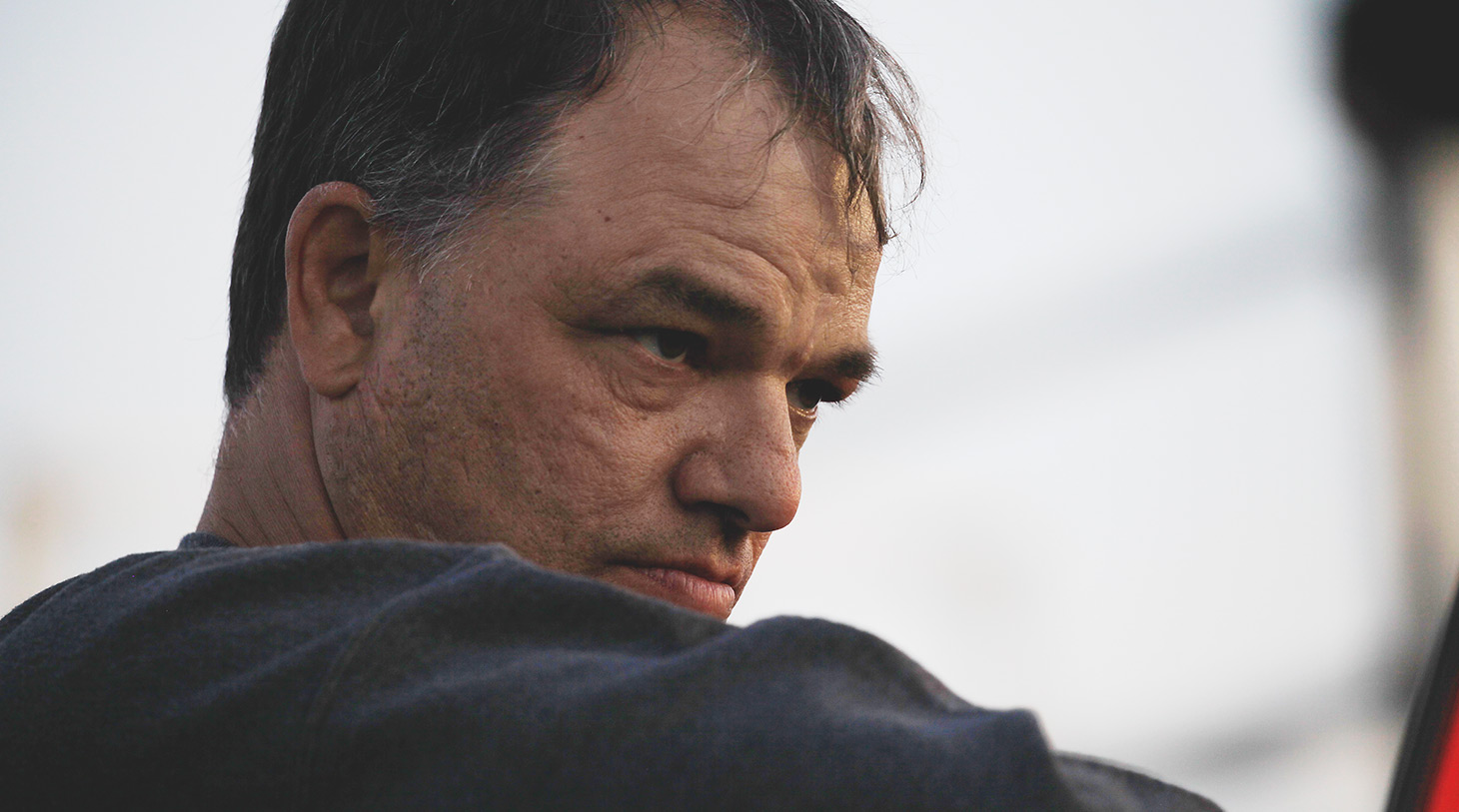 I honestly believe that Williams Grove is the toughest dirt track you could ever go to race at. It’s kind of proven itself over the years that no matter how good a guy is, when they show up at the Grove they tend to struggle. It’s a very hard track. It’s basically a short track with two big, long straightaways. It takes everything. It takes a stout motor program, it takes a VERY good handling race car and you have to run the cars differently here than you do anywhere else.

Conversely, we struggle when we go to run a place like Knoxville because how we run cars here, especially at the Grove, is nowhere close to what you need to be at Knoxville. We are very fortunate to race the way we race because of the amount of race tracks we have in a very close area. You take those locals at Knoxville and they have to drive five-six hours from one track to the next so it’s kind of hard on them to race a lot. We are very fortunate. Ohio’s got better the last couple of years in terms of the amount of racing there is but they still don’t race as much as us because they start later and end earlier. We start at the end of February and go until basically the end of October. We race longer probably than any other place in the country time-wise and weather permitting.

We can race so much locally. People say we don’t leave the porch but we really don’t need to. I’m not doing it anymore as I’ve got my schedule cut back, but you take a guy like Greg Hodnett and he can race 90 races a year and not travel more than 3 ½ hours away from their home base. When you can race 90 races a year why travel? Once May gets here you’re almost running three times a week. As a result I think it’s given us some really strong car owners because they don’t have to travel to watch their cars. Pennsylvania has been very fortunate to have some great car owners who love to be competitive which helps build the competition level. A lot of the reason we are tough to beat for the Outlaws is because of the tracks. We know the race tracks very well. The Grove’s a unique place, Lincoln Speedway, where the Outlaws have really struggled at, is a unique place. When Lincoln gets slick it’s especially hard to get a hold of. They’re just different race tracks. Probably the most neutral Pennsylvania track for the Outlaws is probably Port Royal. It’s more of a standard type of layout and those guys would race a track similar to it somewhere.

Our formats in years past have generally revolved around handicapping and as a result we’ve learned how to pass cars. Sometimes when you run a time trial format guys don’t learn how to race. If they time good they are okay but if they don’t they are no good so they don’t worry about anything but time trialing.

Locally with how our handicapping used to be you had to race good. You start at the back of heat races and you have to run top-four and then you turn around and start 12th. As a result you learn how to race, you learn how to make your car adaptable to racing different lines.

The Outlaws guys are very good racers but their mentality is all about qualifying but ours isn’t about qualifying and is all about racing. If we qualify good, we will race very well. Our system is also why you see guys come up through fields. Every Outlaws show you’ll see one or two of our guys come from deep in the field and pass a lot of cars just because we know the track very well and can race it so well. Their focus is so on qualifying that if they don’t qualify very good they tend to struggle. A lot of the difficulty though is still the track. The layout of the tracks and the time we have on the track.

The reason the Outlaws can beat us here is because of qualifying. They are SO good at qualifying no matter what the track conditions are like. Outlaws guys are going to put themselves in a good position. Donny Schatz is very good here, the Kahne cars are getting better, Brad Sweet is getting better. Sweet has a mechanic from Pennsylvania that knows the race tracks (Lee Stauffer) so that’s going to really help him. Daryn Pittman raced here for a number of years, which I think has helped him and he’s become very good here.

If you look at most of the Outlaws guys who are good here you’ll notice that they tend to have a lot of laps here. You take Steve Kinser and Sammy Swindell and have to realize how often they raced here in a 20-year span and they’re the best racers that we’ve ever had. You look at the guys who don’t have a lot of laps here and you’ll see that they tend to struggle even if they qualify good because it’s such a struggle to race good.

The biggest difference between the Posse and the Outlaws is probably in setups. Everyone has the same motors now. Everyone’s on the same tires and same wings. It’s really in how you work your chassis for certain race tracks. There are good things and bad things about running local tracks night in, night out. You know what you need to do but sometimes you also can get stuck in a rut doing the same thing over and over again.

The Outlaws guys are very good at making changes quick. That’s why I think Steve and Karl Kinser were always so good at the Grove. They could adapt very quickly. I think Schatz and Ricky Warner are the same way, they adapt very quickly if they aren’t right. Our programs are so specialized for these race tracks. The Outlaws programs are more based around momentum. They do not like stop and go race tracks. The Grove and Lincoln are stop and go race tracks when they get slick. To have a car based around momentum takes one style of setup and a stop and go setup is a whole different setup that’s almost opposite of that. The Outlaws are all about momentum and that is a result of racing in a time trial system but it hurts when it comes time for them to race certain places like around here. Their programs just aren’t based on slowing down to go fast except for the few that can adapt.

We face the same thing when we travel. We are used to stop and go race tracks. When we travel to other places like Eldora, we have cars that tend to not feel good on momentum-type race tracks and don’t have the speed in them to carry the momentum. It’s just a difference in setups but it’s a huge difference in the style of racing and that’s what makes the tracks different from most of the tracks we race on.

There are places like Williams Grove where you are able to carry momentum but normally during the feature you had better be able to run the bottom. When you go to the bottom it’s a stop and go. The Grove is so different from top to bottom. You can run up high and have all kinds of momentum but if you want to go to the bottom you have to stop. That car has to stick and that car has to drive off and that’s what’s so hard about Williams Grove.

Right now I’m racing with Donnie Kreitz and we are concentrating on how to get fast at timing in. At any Outlaws show if you want to run good you have to time good. The format now, I think, might actually be a little better for us but we need to time good. If you look locally and at the Grove especially, local cars tend to get around really good in the heat races. So now, if we time good, we start up front and now all you’ll have to do is maybe pass one car or hold your spot and you’ll be good. You can’t go backwards though, I do know that much. I really like the format now but it’s all about timing. If you don’t time good but you race good you get rewarded in the heats and that’s a nice thing and is one of the better things about the program.

The only problem when they come in here is that there’s not much between fast-time and 30th quick. You can be 30th quick and you feel like you’re ready to hang yourself but if you look at the times you’re not that bad. I remember a year or two ago when Joey Saldana was in the #71M and he set fast time and he was like 4/10ths quicker than me. We missed the cut by 1 spot in the heat and I shoved him around for the whole heat race. He wasn’t any better than me but he was so good at timing that he was in such a better position.